Diggin’ through mixtapes I never got around to recording-found this gem recently….recorded live at WCBN (U of M campus) Ann Arbor Mi. Longtime host
BMG of Ectomorph fame invited Derek Plaslaiko and I to lay down a set, somewhere in 1997 is my guess..
This is an eclectic and entertaining set full of deep house classics from Chicago, Detroit and beyond..a definite representation of my sound at the time..
Email or message me for a tracklist.
kempkeith@gmail.com

FPR022 Evolution Of A Revolutionary by ferrispark

During the 2005 DEMF, I was asked to play at the Nefarious booth-Nefarious being the individuals behind our beloved Detroitluv.com. I had decided that day to play an old-school Detroit/Chicago JAK set. I had dug deep in my crates for my daytime set, knowing that the Nefarious line-up was stacked with tons of local talent-most of which were my friends, and everyone turned in stellar mixes. I’ve never properly created a tracklist for this set, but if anyone would like it please don’t hesitate to email me: kempkeith@gmail.com

We are getting ready to update our Ferrispark site soon-as you can see I’ve added Scott’s Twitter feed to the side-bar (we also plan on having my feed available as well.
I’ve also included Soundcloud links on our sidebar too-expect more from our Soundcloud accounts in future updates as I’m still playing around with widgets, plug-ins and css code..

I am in production of Ferrispark T-shirts and other merch soon, so check back for new links…In the meantime, thanks to everyone for all your support!
-keith kemp

Hey all,
We have been slow with updates as well as releases due to relocation..expect FPR to be coming strong in the Spring of 2009 as we regroup and address our new distribution ideas…

Keith playing live at 222 Hyde St, San Francisco….taken by our good friend Micah.  This was fundraiser for the Kontrol/Auralism float at the 2008 Love Parade… 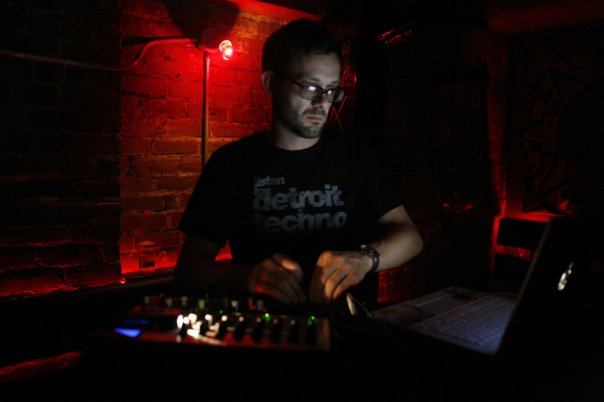 Crazy things happening here at Ferrispark/Gravid HQ, and much to talk about..but let’s go backwards a bit first.
2008 was definitely a time of change for us and our label-we firmly established a diverse techno sub-label in Gravid Digital, Scott showed his commitment to making his mark in music by writing, releasing and producing at a startling rate and to great success.  Keith moved cross-country and now resides in San Francisco, completing several remixes and an to-be-released edit of enormous proportions while graduating from Wayne State University.  Scott embarked on a small European dj tour in the fall and is now re-locating to the United Kingdom.  Keith ran the Beatport stage at the DEMF for a second time, as well as traveling for a few out-of-town gigs across the US.
We’ve put a lot of effort and time into our website/blog, and we have also begun to reach out to different blogs and fans to help further our musical output as well as interacting with supporters that have been following our adventures since we started Ferrispark. It’s been a good last 2 years actually, and 2009 is already looking good…

stay tuned for new music from Keith and Scott on Gravid, as well as a new FPR release from Scott.  Keith remains hard at work on new music for Ferrispark in 2009 in addition to the 3 remixes and a “secret” edit for Carl Craig, tentatively to be released on Planet E sometime in 2009. Scott’s been so busy we barely have time to keep up with his output, so please come back later when we can post some samples and links…